Jeweler for a Cause founder

Jeweler for A cause History

The Magazine for the Small Business Owner

People line-up to for these pieces...

without speaking a word you know they been through a lot, the Jeweler for a Cause Collection helps in the healing process.

People wearing Jeweler for a Cause creations are often asked the meaning behind the design.

Emerging from the flood waters of Hurricane Katrina “Jeweler for a Cause” is a collection of original jewelry designs by Anne Dale that raise money, awareness and the spirits of people in need. 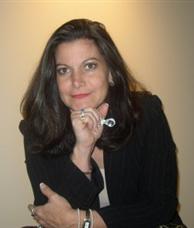 2005 - Emerging from the flood waters of Hurricane Katrina, Jeweler for a Cause™ is a collection of original jewelry designs by Anne Dale that raise money, awareness and the spirits of people in need.

2006 - "Return to New Orleans", "Pray for the Gulf Coast" and the "Signature New Orleans" designs all part of the cultural healing of great historical American city - New Orleans.

2009 - Jeweler for a Cause founder Anne Dale featured speaker at the JCK Las Vegas Jewelry Show on social entrepreneurship and related marketing.

2010 - The new "Facing Autism" pendant raises awareness and money for the Louisiana based Families Helping Families.

2011 - LaPearlite™ a new organic gemstone discovered in the waters of South Louisiana by New Orleans gemologist Anne Dale. LaPearlite is derived from the organic shell of the Crassostrea virginica (American Oyster) becoming the Official Louisiana State Gemstone signed into law by Governor Bobby Jindal on August 15, 2011.

2012 - "Power of One" new design from the Jeweler for a Cause Collection - with the message - one person can change the world.

2015 - Swept Away a new book by Anne Dalebased on real events exploring the characters, challenges and opportunities in her life. A journey  that starts with a knock at the door from a blind broom salesman, travel with Anne around the colorful world of diamonds and gems and the winds-of-change that bring her home again. Lessons in power, beauty, dreams and the strength of the human spirit... all that began with a simple door opening and a blind broom maker that will sweep you away!